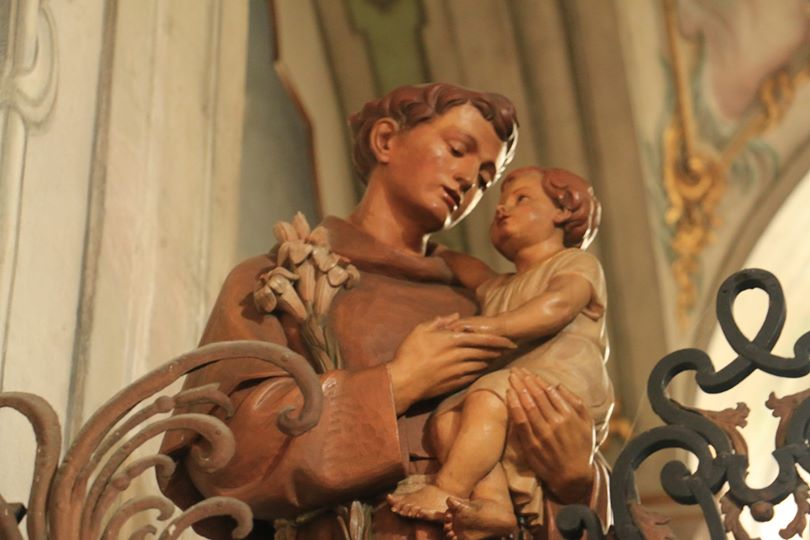 As soon as we returned to Zurich, we went to an auto shop to vacuum our camping car. In the afternoon, Romain went back to his home town to return the car and I met up with Valentin, my German travel buddy from the Trans-Siberian trip. It was hard to believe that it hasn’t even been a month after we said goodbye to each other in Moscow. It felt like a long time ago.

After coming back to Germany from his South East Asia trip, Valentin quickly found a job at his former workplace in Zurich. We discussed how it was like to come back to reality, memories of the trip, girlfriend things and so on. Valentin bought me an ice cream so we sat by Lake Zurich and enjoyed the sunny weather. Later he showed me around the old town area which I’ve never visited before and ate a curry wurst for snack. In the evening I saw him off on the bridge promising a reunion in Berlin during the Christmas time.

I came up with the idea to stay in Berlin so that I could see Romain more often. It was impossible for me to work or live in Switzerland, but I was eligible for the working holiday visa in Germany which allowed me to live, study or work there for one year. Berlin was well known for the affordable living and I thought it was a perfect location to visit each other. For the past three weeks, I have kept asking myself if I wouldn’t regret making such a decision. What about my world trip which I have been dreaming and planning for years. I thought and thought but just couldn’t let go of the fact that I wanted to stay closer to him so I made up my mind. Romain also asked me many times during the trip about my possibility to find a job in Switzerland. I applied for a tourist job in Grindelwald and called the company for an interview, but for a person who spoke no German or French, there wasn’t a chance.

I set a time period by myself. So that I wouldn’t have any regrets for starting a working holiday in Germany, I decided to travel to countries I always wanted until December. It made me feel so sad to leave Romain, it felt like the end of the world. I promised him that I will definitely come back to Europe in December and left Zurich.

Including the fact that Switzerland was my parent’s honeymoon destination, I had no interest in the country what so ever and knew nothing about it until I met Romain. The country had high social welfare and most of the people had wealthy lives. As I learned more about the country, I felt that it was not a place for a dirty nomad like me. If I haven’t met Romain, I would have probably never visited there. I had a strange feeling when I left the country. I knew that if I kept my relationship with Romain I will have many opportunities to visit Switzerland again, but I simply couldn’t picture myself in it.

I waited for the car share that I signed up in the suburb of Zurich and paid 20euros for a ride to Milan. The view that we took days to explore on the camping car went by in just a few hours. It was simple; I just went back to my solo trip again. But I was lonely as ever. The car dropped me off in the suburb of Milan so I took a train to the central station and transferred to a subway to get to my hostel.

At the ticket machine in the metro station, young gypsy girls tried to steal money from the customers by pressing different buttons and making them confused. It was stressful to avoid them and look after the belongings at the same time. I looked into their eyes. Despite of the young age, I couldn’t see anything pure in their eyes anymore. I expected a piece of guiltiness in them; I wanted to think that they were doing such a thing because they had no choice. But they already had ill-natured eyes. Sadly it was clear that this was what they will be doing for the rest of their lives.

The reason I came to Milan was to take a flight from there to Armenia on the next day. I earned some miles last year so it let me take a free flight from Italy. The closest Italian city from Switzerland was Milan so it gave me another reason to visit the city, as I always wanted to see the duomo there. Milan wasn’t as interesting or special as other Italian cities I visited last year. I walked around the shopping districts and had apperitivo in the evening, a complimentary plate of appetizers that came with an order of a drink. It was indeed a lovely dish but tasteless with good company. Eating alone especially made me sad.

At the hostel I met Tamara, a beautiful Russian girl who was studying architecture at an Italian university. She was a big fan of Kurosawa films and respected many Japanese architects. She wanted to ask many questions about my life back home. I wondered how much my impression of Russia would change if I was visiting friends there. The country must have been hiding a side that I never imagined before.

On the second day I visited some famous churches and museums. I thought that the Italians were the friendliest people that I have encountered in Europe so far. When I was looking at a map on the street, some people came up to me and walked me to my destination. Others friendlily gave me directions placing a hand on my shoulder. I enjoyed watching their gestures and felt warmth through these interactions. Passion and soul, this was something that have been missing in the other countries of Europe.

That evening I flew from Lineate airport to Rome and transferred to a flight to Yerevan, Armenia. I sat next to an Italian photographer who was traveling to Armenia together with his journalist friend in order to make a photo book about the ordinary people’s life. He was apparently a good photographer. He said that he worked for Federico Fellini in the past.

When I explained to him about my journeys so far, he said that I am hurrying too much. “Listen to your heart. Traveling slow is very important for you.” He strongly recommended me to read a book called “Siddhartha” by Herman Hesse. I was surprised because few days ago Valentin also advised me to read the same book for the same reason. It was a sign. I promised myself to get my hands on this book.