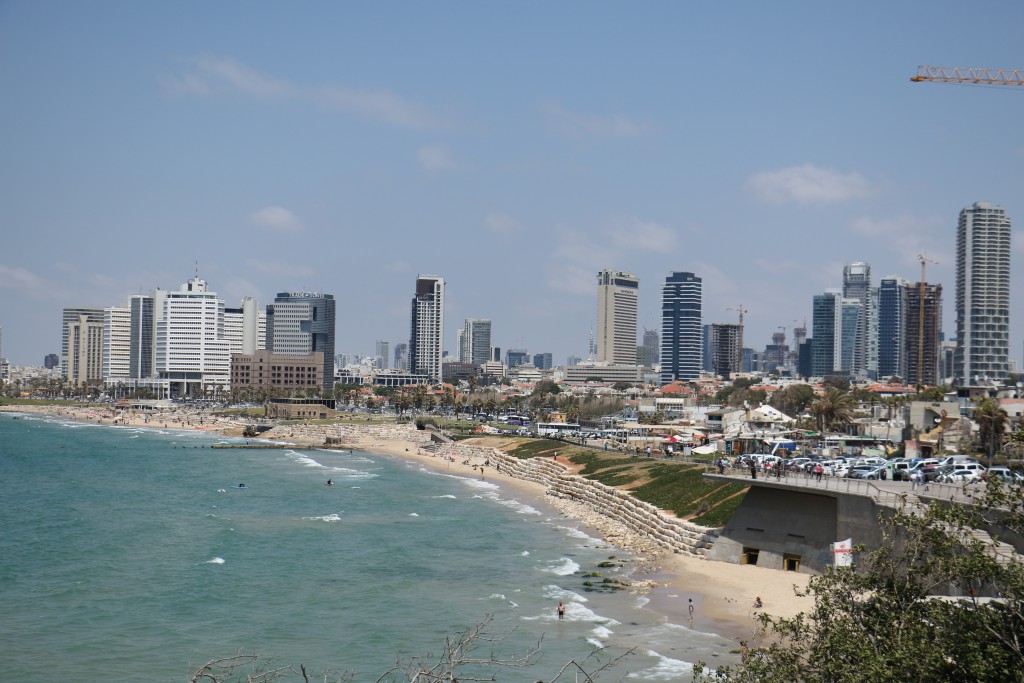 Hi, thank you for always reading my blog. These days I think my blog is getting too long and I am causing readers pain, so I will try to shorten up a little bit. I will still write in details about important subjects.

After visiting Hebron, I took a bus together with my Japanese friend Ayumi to a city called Ramallah. Ramallah is the centre of politics and all the important things in Palestine, serving as a capitol of the country. Because we took the Palestinian bus to there, we were not allowed to take highways (it sucks that Palestinians are restricted for road use too) and ended up taking curvy and hilly roads which caused bad motion sickness for Ayumi and other passengers. I really felt sorry for them. It was definitely one of the worst roads on this trip.

In Ramallah, we stayed at a recently opened hostel called “Hostel in Ramallah”. It was run by 2 Palestinian guys and offered interesting daily tours such as joining the demo against the Israeli settlements.

Many young people from western countries stayed there who had interest in Israel-Palestine issues or those who were working for volunteer organizations. I coincidentally ran into Marcus there, an American guy I met at the border who was also having a hard time entering the country because of his Arabic family background.

Marcus had just came back from the demo against Israeli settlements, so I asked him what he thought about it.

※Demo against Israeli settlements: A demo held every Friday where Palestinians and foreign supporters gather at the border of land that is confisticated by Israel everyday to claim back their property. Israeli army tries to clear off the demo by throwing tear gas and stun grenades.

“Before I joined the demo, I thought it will be a good experience for me to see what was going on, but I’m really shocked by the amount of violence. The Israeli army started to fire off grenades as soon as they saw us; unarmed protesters. Everybody was throwing up from the tear gas. They say tear gas can’t kill you, but look, it’s a piece of iron. If this hits you in the head, it can kill you instantly. Most of all I didn’t like to participate in the dance of violence. You protest and they attack you. They do that every week. I mean, if we didn’t do that Israel will take over all the Palestinian land, but I was purely shocked by being exposed to such violence. I don’t think I will ever participate again.”

The grenade Marcus showed me, was a size of an apple. I could easily imagine that it can kill anyone anytime. Even if someone wanted to support Palestine by joining demos or participated simply because they were interested, the reality of suddenly being attacked by one of the most aggressive armies in the world was probably more shocking than one could imagine.

I thought about many things and went shopping at the vegetable market with Ayumi where we bought food for making dinner. I loved to go to markets in Palestine because the quality and the variety of the vegetables and fruits were the best in the Middle East. I was amazed by the freshness. I can’t describe how happy I was to eat an avocado in 4 months too.

After dinner we enjoyed talking about girly things like boyfriends and relationships. I felt as if I was talking to an old college friend. In the past 9 months I never discussed about such things. It’s fun to do that sometimes.

Next day, we found JICA (a Japanese ODA agency) on the local map so we decided to visit their office. Even though we didn’t have any appointments, the Palestinian staff there warmly welcomed the sudden backpacker’s visit and explained their activities which varied from supporting local businesses to improving agricultural harvests. We also had an opportunity to talk to a local administration specialist from Japan who was dispatched to improve the functions of the local government.

Then we walked to Arafat’s tomb, the first president of Palestine who passed away in 2004.

Arafat’s tomb was very quiet. There were only 4 people who came to visit while we were there. They were Palestinians but just took pictures on smartphones like tourists. Despite his past as a leader of the country, it seemed that he had fallen into oblivion.

In Ramallah we experienced quite a few Chinese harassments. Maybe it was because I was walking together with Ayumi and stood out as Asians. I’m always annoyed by the childish way young guys in the Middle East try to harass us or catch our attention with. Still, I am now able to ignore a lot more than I first came to the region.

I said good-bye to Ayumi that afternoon and departed to Tel Aviv, an Israelian city on the Mediterranean coast. It was refreshing to speak in Japanese with Ayumi. Laughing and joking made me feel happy and gave me the energy to move on.

In Tel aviv I stayed with Ruth and Marcello, an Israeli couple that I contacted via Couchsurfing. Ruth was working for a city next to Tel Aviv and hosted many workshops for young people regarding arts and sports. She also had many experiences running projects where Israelis and Palestinians worked together. She wished for the peace of both countries.

Her husband Marcello was a Jewish man who was born and raised in Sao Paulo. He had just moved from Brazil to Israel a few years ago and worked as a Physics lecturer at a university.  He was different from Ruth and didn’t think well about Palestinians.

When I was telling him which cities I visited after coming to Israel, he told me that I was wasting too much time in Palestine and recommended me to spend more time in the Israeli territory next time. He was scolded by his wife after saying that. I thought it was funny how they had completely different political views and yet still together as a couple.

These days when I meet people who have diffent values or opinions than me, I try to use my imagination to understand why they have their kind of idea and try to respect them even though its really different from mine. It’s very simple, but it took me quite a long time in my life to reach this stage.

Other than Jerusalem which is more of a mixed city, Tel Aviv was my first real Israeli city so I was surprised by how different it was from Palestine.

A negative surprise was that prices tripled suddenly. In Palestine, a big bottle of water costed about $1, but it became $3 in Israel. Israel was always known as the suicide destination for budget travelers, so I was really scared before going there. Although spending most of my time in Palestine since I arrived, I didn’t realize the real fear until coming here thinking things were cheaper than in Japan.

Despite of the devastating prices in Tel Aviv, I quickly became a big fan of this free and unique city. It was like Berlin on the beachside. Every cafe and restaurant looked cool and original and the streets went on for miles. One street away from the main street was already the beach.

I saw many young girls wearing a thin dress on top of their bikinis, walking on the streets with wet hair from the beach and an ice coffee in their hands. Everyone looked like they were blessed by the sun and enjoyed the free and easy life style on the beach side.

Because I only had one day to spend in Tel Aviv, I followed Ruth’s advice and visited the old city of Jaffa. Jaffa was a small port town on the beach, which history dates back to bible times. Nowadays it is known as the cool neighbourhood for the fleamarkets, antiques and hipster cafes. Jaffa topped all the cool and fancy places I’ve visited on this trip.  I was really embarassed to walk with my big camera as Tel Aviv was an Asian free city and I stood out so much. Therefore I couldn’t take many good photos.

The only images that I had of Israel and Palestine were war, suicide bombing and HAMAS but as long as you stay away from where stuff was going on it was as peaceful as heaven.

One of the biggest things that attracted me was the land itself. The sun was shining every day, beaches were beautiful, and fruits and vegetables grew big in the fertile soil. For someone who has been traveling in the deserts of Egypt and Jordan for over 3 months, the greenness of the country was healing for the eyes.

Before when I heard about the separation wall that limited the freedom of Palestinians, I felt bad and sorry for them. And that doesn’t change. However my first impression after crossing the wall from Israel to Palestine was “How interesting it is!”

The city, the people and the language suddenly changed by just crossing one wall. From a city where there wasn’t a single trash on the road to a city where they still sold vegetables on the streets. From the people who never even smiled when eyes met to people who came to ask my name. (To the Israeli’s credit, they are super nice and kind if you ask them something) I was amazed by the fact that such a region existed in the world. That’s why it was always fun to travel.

I am currently thinking about visiting Palestine again next year to stay longer and do some volunteering for the Palestinians. It’s hard to explain what makes me feel to do so, but I just really fell in love with the country. Maybe it is because now I fully understand that a country called Palestine actually exists, not a territory but a real country with its own history and culture. There are people who had been taken away their homeland, killed their family and struggling to live under terrible situations while most of the world doesn’t even acknowledge them as a country. Visiting them strongly made me think that I want to be a help before this country completely banishes from the world map.