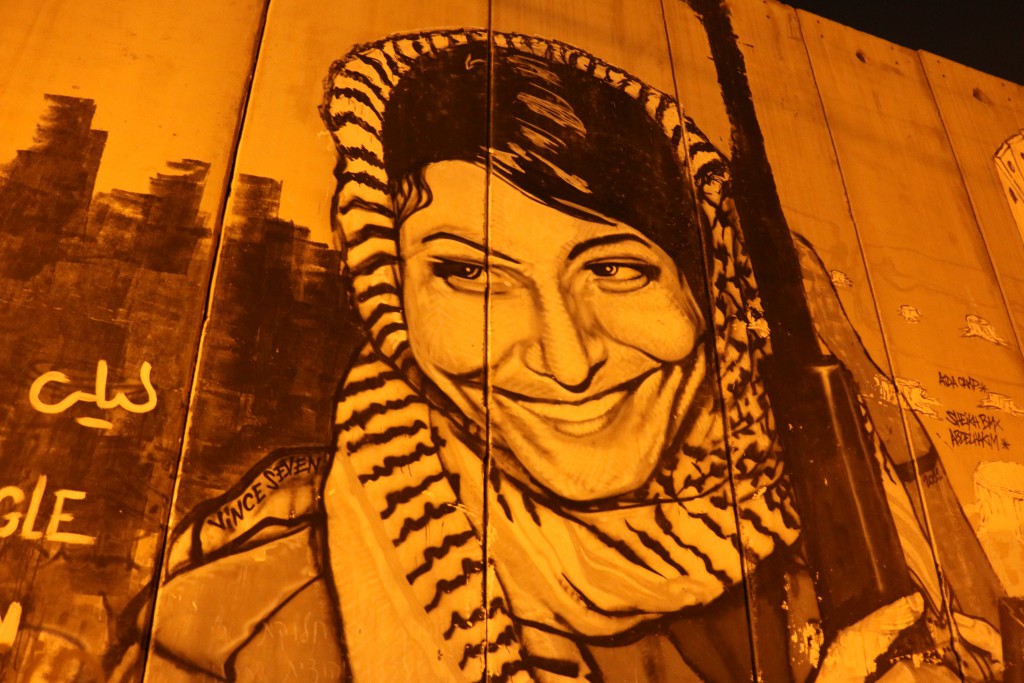 Hi everybody. Thanks for visiting my website. These days I hadn’t had time to update my blog so I am 6 months late. I thought I’d sometimes update my friends about what I am up to now, so here we go.

On April 26, I left Jordan which I traveled for over 2 weeks and came to Israel/Palestine. I was traveling together with my German friend Leo who I met back in February in Cairo. We both did workaway (volunteer work in exchange for free accommodation and food) in a beach town called Dahab for 2 months and enjoyed hanging out a lot, so I was looking forward to travel together in Israel/Palestine too.

At the Israeli border his passport was on hold for a really long time followed by private interviews, and after waiting for more than 6 hours his entry to Israel was officially rejected for no reason. I can’t tell you how shocked we were. He had enough money, a plane ticket to a third country and had nothing to do with pro-Palestinian activities. Judging from other German friends’ experiences, it looks like Israel still has a major grudge on Germany. After being separated from him, I took the bus to Jerusalem and then a taxi to Bethlehem where my couchsurfing host lives.

As you might know, Bethlehem is a Palestinian city which is surrounded with separation walls. My host Hassan welcomed me generously even though I was 8 hours late. He owns a souvenir shop in the city center that specializes in olive wooden craft. Initially I asked his friend Maria to host me, but because she was busy she arranged me to stay with him instead. For dinner he took me out to a cool sushi bar (!) where they served nice western style sushi in a groovy atmosphere. To be honest, the only image I had of Palestine was refugee camps and terrorism so I was really surprised to have sushi there.

Hassan even offered me a Palestinian beer called Taybeh, which is made in the city of Ramallah. The family that makes it learned the brewing skills from Germany so the taste was real! Nothing like the light watery ones in Egypt. Many people in the bar were enjoying alcohol. I had never seen so many Muslims drinking in public. Hassan shared some funny stories like challenging a Palestinian arm wrestling champion and after 10 minutes of intense battle his arm bone broke and came out from the flesh, during the game. The scar was brutal. At the bar I even saw a guy taking ecstasy.

I had a good time in the bar having 1 and a half bottle of beer. But when I stood up to leave, I felt dizzy and 2 minutes later I fell from the head to the ground without noticing anything. I heard people screaming, but I was dreaming and thought it couldn’t be true. Drunk in “war zone” Palestine with a male couchsurfing host who I only know for 2 hours…clearly not a clever situation. I guess in the past 4 months of traveling in Muslim countries, I lost my tolerance of alcohol and probably was extremely tired after a long day.

After being carried from the floor and resting for a while, Hassan took me home. As I kind of feared to happen as it was often the case with male hosts in Muslim countries, he did try to sleep with me. Luckily I became sober enough to strongly reject his offer and went to sleep thinking I should never drink alcohol again.

Next morning, when I woke up a girl came out from Hassan’s bedroom. I felt strong resentment towards Hassan thinking how dare he cheat on such a beautiful girlfriend. While eating breakfast by myself I noticed that they were having sex with the door opened. I was extremely surprised. Not just because it was the first time for me to encounter in such a situation but because it was in a Muslim country.

According to him, he has a half a dozen girls come to visit him every week to indulge in some kinky activities. Some even come from Israel and he even had a Chinese one. He said that he cruisified her last weekend in front of some audiences. He recommended me to spank her saying that it’s a good opportunity to beat the enemy. “What the fuck” I thought. What kind of situation did I just put myself into? He passionately advised me to be his slave and tried to spank my butt a couple of times but I strongly rejected him by kicking him in his private parts.

Usually if something like this happened to me, I would leave the person’s house in less than 5 minutes but I didn’t feel fear towards him and noticed that he won’t do anything forcefully. I also kind of liked the cheerful, lovable personality of this 41 year old guy so I decided to stay. Hassan lives in a 4 bedroom house on the hill looking over Israel by himself. His family is originally a refugee but he grew up in the United States and had a successful life with his wood business. He had many customers ordering online from America. He also has amazing cooking skills and even owned 3 restaurants in the past. Despite of his tendency for violent sexual activities, he is pretty fun to talk to in daily life.

On the third day, Hassan took me to the Dead Sea with 2 of his slaves where we bathed and played with the mud. On the other side of the Dead Sea was Jordan which I visited with Leo less than a week ago. On the Israeli side, tourists crammed up in the private beach where we had to pay 15 USD to enter the facility. The water was grey from mud and the constant movement of people. In the Jordanian side, we went a public beach that was piled with garbage but the water was translucent and we were able to see the thickness of the salt water. Less than 5 people were swimming there. I felt as if I came to a different world. I missed the empty trashed beaches, hitchhiking everywhere and living on super market food with Leo. It was always fun to travel like that, on a budget in the nature.

Now I stay in Hassan’s mansion where his slaves come and go every day. Lots of alcohol, cigarettes and weed are consumed, nights are long the days short and everyone (except me) enjoys following their wild instincts. Hassan is quite an amazing host because he cooks great food for me every day and knows how to take care of his girls. I never had to pay a single shekel for any expenses. After 5 days in his house I can kind of understand why he is able to gain popularity amongst girls. I am really lucky to be hosted by him.

At the same time I feel a little bit lost in traveling. Constantly changing environment, having no one who really knows me and most of all, saying goodbye to people all the time. In this past 9 months of traveling, I had to say bye to so many people that I rarely feel anything anymore. I guess I felt especially sad in a long time because I had known Leo for 3 months and that was the longest friendship on this trip.

Palestine was completely different from my image on TV. People are quite well off compared to other Middle Eastern countries and surprisingly westernized. You can buy all sorts of alcohol and a big variety of foreign groceries at local supermarkets. Some women don’t wear head scarves. The refugee camps are not tents on a field but concrete buildings packed in a small area. I always thought that the Arabs and the Jews hate each other and never talk, but so far it doesn’t look too bad. I saw lots of Jews eating at an Arabic restaurant in Jerusalem yesterday, and according to Hassan’s brother Amin, as long as there isn’t an on-going battle the Arabs see the Jews just like other foreigners. He says most people are cool like that which was really eye-opening for me. I guess that’s why it’s good to travel and see the real face of the world.

So these are my updates. If you enjoyed reading my blog, please support me with pressing the blue and red button on the left. I participate in a travel blog ranking in Japan, and it would mean so much if I can attract more readers through this.